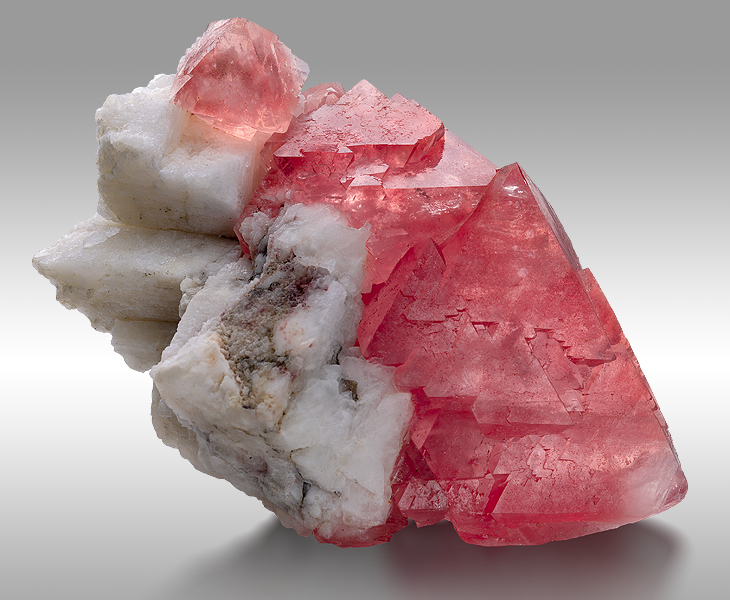 The Alps of Europe are an iconic and breathtaking land formation that has awestruck mankind since antiquity. Massive and majestic, the area is world famous for its icy peaks and sky grazing elevations that reach up to 4810 meters (15,782 feet). These colossal formations were created during the Alpine Orogeny, an geologic event that took place approximately 80 million years ago during the Mesozoic Era. During this time, the African and Eurasian tectonic plates collided to form many of the world’s most famous mountain ranges. It was a period of unimaginable stress and compression that resulted in nappes (or thrust sheets), which are masses of rock that were thrusted upon other masses of rock in a stacked formation like building blocks.

Due to its extensive tectonic movement, and the resulting tension and pressure, the Alps formed clefts. Clefts are fissures and can be just a few cm, while others can measure over a hundred meters. Later, intensely hot (approx. 300° to 500° C) element-rich, hydrothermal fluid seeped inside the clefts. The temperature and pressure created an environment prime for crystallization. For some older clefts, this meant the development of some of the world’s most distinctive and attractive crystalized minerals, including pink fluorites, which are considered the rarest of the species.

This attractive example features three, sharply-formed fluorite crystals with vivid, bubblegum-pink color. Pyramidal, and having formed in a stepped composition, they resemble the mountainous peaks where they formed. The crystals have a lovely luster and translucency and emit a warm glow when lit. They are contrasted by a white, quartz matrix (host rock) that punctuates their vitreous aesthetics. Given the difficulty of retrieving these alpine jewels, it is always a bit miraculous to come across pieces with great aesthetics in good condition, like this example. It would make a great representative piece or addition to an alpine suite.